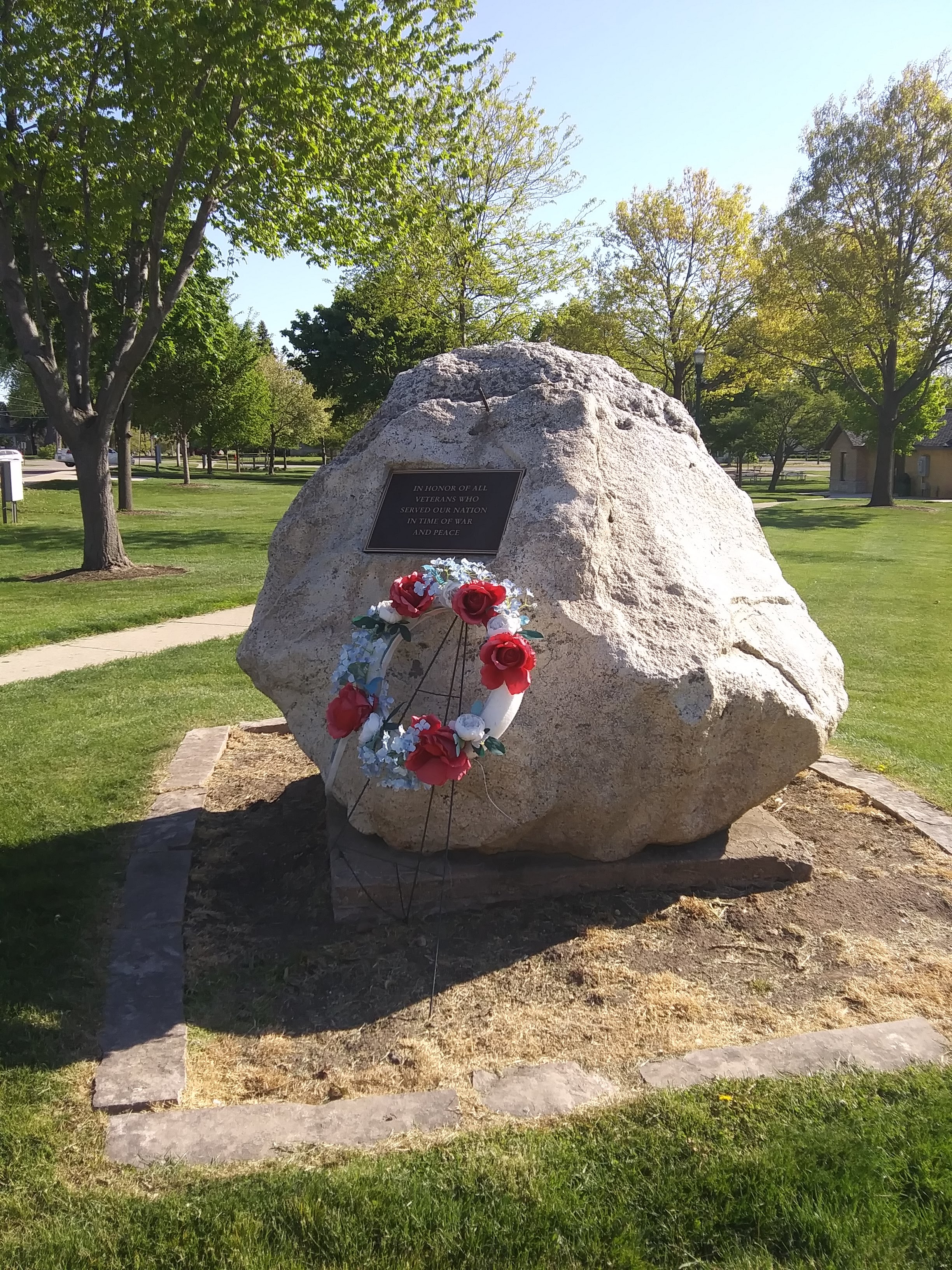 In 1931, the McHenry chapter of the Daughters of the Grand Army of the Republic decided to host a dedication for a monument at the city park in McHenry. During the last few preceding years, more and more Civil War veterans passed, leaving only two veterans living in McHenry County by 1931. Memorial Day, originally known as Decoration Day, was widely observed after the Civil War. However, as more and more veterans passed, so did the enthusiasm for the holiday. Sparks of patriotism were lit by various conflicts, such as the Great War and the Spanish American War. However, soon after the battles stopped, people seemed to go on with their lives leaving Memorial Day behind.

The local Daughters of the Grand Army of the Republic, or the James B. Perry Fortress, had been recently formed. The namesake of this chapter was Capt. James B. Perry, who served during the Civil War and was killed at the Battle of Fredericksburg in 1862. The Daughters of the GAR formed in 1865 and were incorporated nationally in 1885. The organization was formed by women whose fathers and grandfathers fought in the Civil War. One of the local group’s first acts was to supply every classroom in McHenry with American Flags. The next big project was to re-establish the importance of Memorial Day in the city of McHenry.

The Daughters of the GAR, wanted to cap off the Memorial Day celebration with a dedication of a large stone memorial with a bronze plaque on it. The stone was found along Route 31, just south of McHenry, and deemed an appropriate symbol. The plaque on the monument would feature a dedication to the veterans who died during their service in the Civil War, Spanish American War, and the Great War. To pay for the monument, the organization, held a fundraiser at the high school on March 10. The event included an orchestra, a choir, and dancing. The Boy Scouts troop led the charge, selling tickets for the event at .35 cents a ticket.

The Memorial Day program would start with a music program at the city park, followed by a speech given by Father O’Rourke of McHenry’s St. Patrick’s Church. Then Mabel Griggs, the Senior Vice-Commander of the Waukegan Fortress gave the dedication speech. After the Vice-Commander’s speech, three wreaths were laid at the base of the stone, each representing the above-mentioned conflicts. Despite poor weather, the event had a respectable showing. Following the dedication, participants walked to the three local cemeteries and adorned the graves of the fallen with flowers donated for the event. Over time, McHenry’s City Park became Veteran’s Memorial Park in large part to the monument given to the city by the Daughters of the GAR.