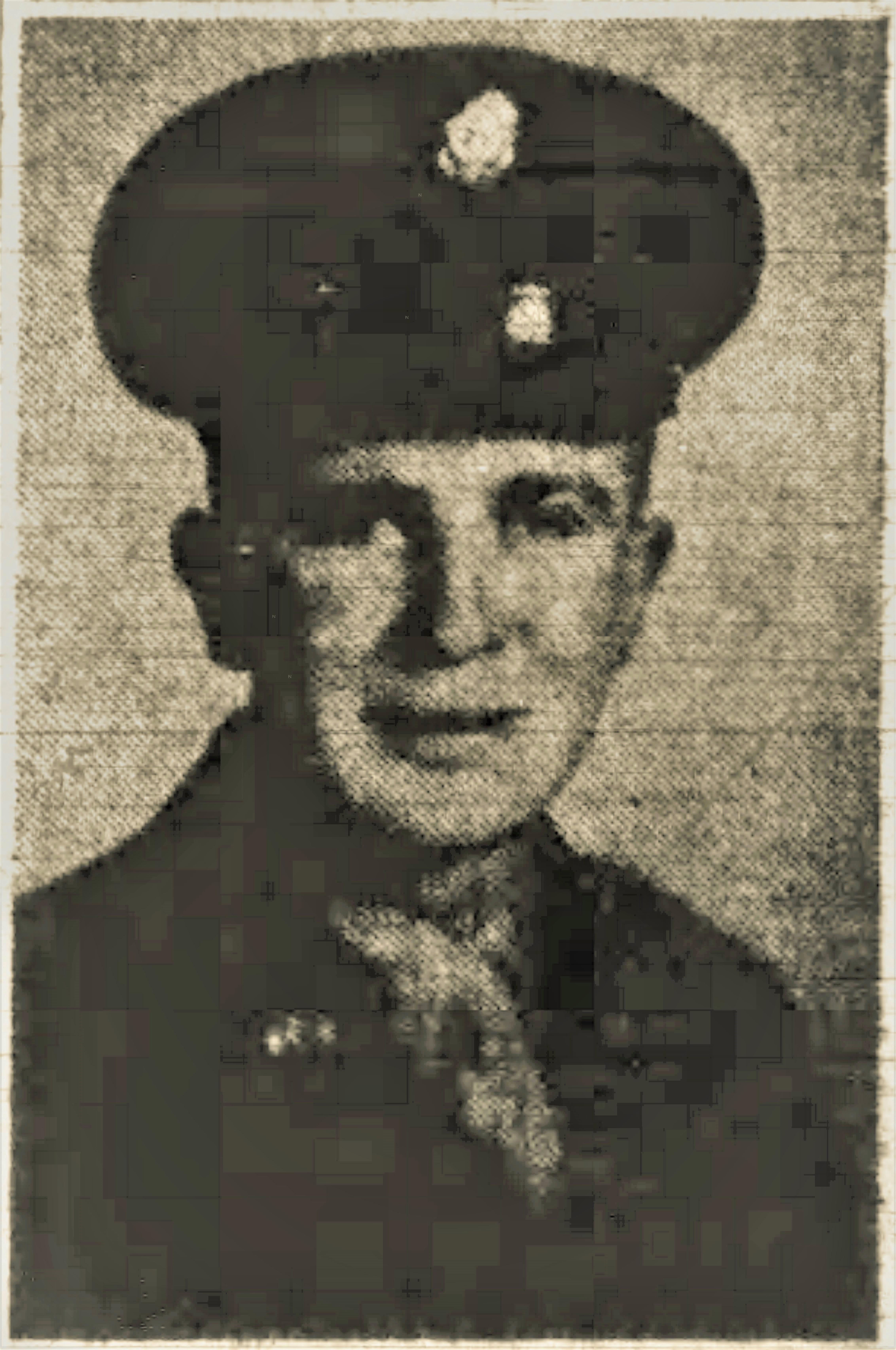 In March 1951, Mr. & Mrs. John Justen received some of the worst news that a soldier’s parents could receive. Their son Gerald, known as Jerry by his family and friends, was listed as missing in Korea on February 12, 1951. Gerry was serving in the Army’s 2nd Infantry Division in the 9th Regiment. Before the war, Jerry worked on his dad’s farm and at the Chicago Hose Company in Elgin. He was also a graduate of McHenry High School and in January 1949 was one of the first people drafted in McHenry County for the Korean conflict. Jerry served in the Army until January of 1950, when he was put into the reserves. In September 1950, he was called back into service, leaving the country in October. He was stationed in Japan for a week, then went off to the Korean front.

Before he went missing, Jerry wrote to his family when he could. He spoke of the cold winter, mentioning that at one point he and his fellow servicemen stayed in a building without windows. However, he didn’t anticipate there staying long, as it was thought that the North Koreans would soon be overrunning the area they were stationed. The last letter wasn’t a formal one, as it wasn’t on government stationery like the others. It was scribbled on a blank piece of paper and postmarked in Seoul. Jerry mentioned he was writing by candlelight and included some Korean currency that he wanted has parents to keep for him when he got home.

Around the time that Jerry was sending off his letter, the 2nd division was getting ready for a large offensive. US and South Korean (ROK) forces were building near the city of Hoengsong, during the beginning of February. In response, Chinese forces set up a well-coordinated attack that started in the early morning of February 12th. They found a gap in the ROK forces and soon the ROK front was a route. On the day that Jerry Justen went missing, the 2nd Division was sent to support the ROK forces in retreat. Between the effectiveness of the Chinese attack, the chaos of the ROK retreat, the difficult terrain, and poor weather, the 2nd Division took heavy losses that day. The Battle of Hoengsong was one of the worst defeats the US and its allies had during the Korean War. Officially the battle lasted from February 11-13, with over 9,800 ROK casualties, 4,100 Chinese and 11,800 US & UN forces. The 2nd Division alone had 1760 killed or missing during the battle, with 221 of that total from the 9th Regiment. The day that Jerry went missing, five other people in his company were killed or missing with only 2 of their bodies being recovered.

Before he was lost during the battle of Hoengsong, Jerry was promoted to corporal, whether he knew about the promotion is unknown. In January 1954, Jerry was officially listed as missing and presumed dead as he had been missing for over a year. A memorial mass was held on January 16, 1954, for Jerry at St. Mary’s Church in McHenry. His parents received in the mail, a purple heart, a United Nations service medal, and a gold star lapel button. The Gold Star is awarded to the families of those who are lost in battle. At the time of his death, Jerry would have been 26 years old. He would go on to become the only soldier MIA for McHenry during the Korean War. Sadly, what exactly happened to Jerry may never fully be known. However, due to new technology, DNA testing is now possible for soldiers’ remains. Using DNA from relatives, remains can be tested to help identify them and make it possible to give them a more proper burial and closure to loved ones.